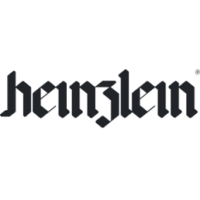 Heinzlein marks the return home of a long-forgotten Bamberg. A beer with a long tradition - as if made for beer lovers of today. Light, fresh, aromatically hoppy and almost without alcohol. Heinzlein quenches your thirst during sports, on a sightseeing tour of Bamberg or during a leisurely after-work drink.

Until the end of the 19th century, low-alcohol beer was brewed in Bamberg using an ancient brewing method. Water was not a good choice at that time due to poor hygienic conditions and high germ contamination. Beer was considered a safe alternative: The brewing water was boiled during the brewing process, thus killing harmful germs. Because of its low alcohol content, Heinzlein was served at that time primarily to the physically hard-working population, such as the Bamberg crofters and gardeners, and even to children.

Today, the Heinzlein is brewed again in the family brewery using the old brewing method in a copper brew kettle and is allowed to mature in the historic rock cellar under the Bamberg Stephansberg. But the beer specialty is not out of date: with just 0.9% alcohol and just under 50 calories per Seidla, Heinzlein is made for the demands of our time.

Filter
Close filters
No results were found for the filter!
Heinzlein Hell
Bierfarbe:
Unfiltriert, nach uraltem Rezept gebraut. In goldgelber Farbe, mit ausgeprägter Hopfenaromatik.
Content 0.5 Liter (€4.00 * / 1 Liter)
€2.00 * zzgl. Pfand
Heinzlein Dunkel
Bierfarbe:
Kräftig dunkle Farbe, und schöne Röstmalznoten, mit wenig Alkohol. Erinnert ein wenig an Kaffee.
Content 0.5 Liter (€4.00 * / 1 Liter)
€2.00 * zzgl. Pfand
Viewed
This website uses cookies, which are necessary for the technical operation of the website and are always set. Other cookies, which increase the usability of this website, serve for direct advertising or simplify interaction with other websites and social networks, will only be used with your consent.
Decline Configure Accept all