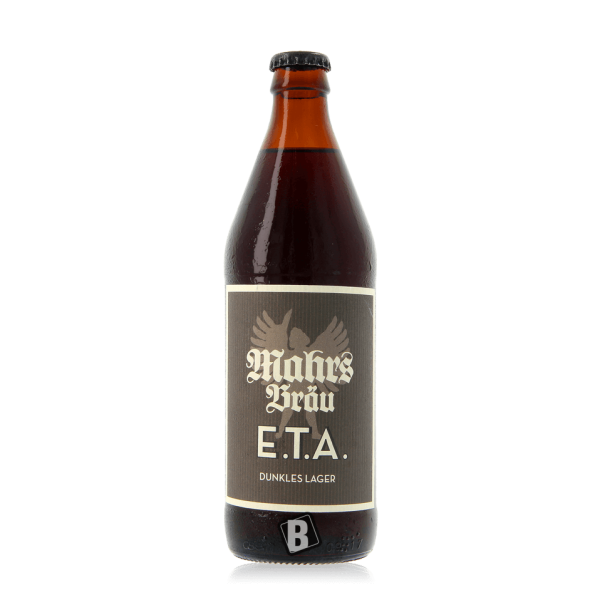 From anniversary beer to regular - the E.T.A., up and down a real dark one. It was produced in 2008 on the occasion of the anniversary year "200 years of E.T.A. Hoffmann" for Mahrs Bräu according to an old brewing recipe. The fact that it then became a regular at Mahr's must simply be due to its spiciness, its subliminal chocolate aroma and its dark, nut-brown colour. Right from the start, guests thought that was great. The beer is fun! Yes, a somewhat unusual saying in connection with beer enjoyment, but this dark one is a firework of changes in taste. First a malty, tart drink, then even some fruit aroma and a coffee note. Everything lies and runs wonderfully through the mouth. Tradition, which is modern again today! Not too sweet and still sweet. Powerful! The Mahrs ETA: A real recommendation for all friends of dark beer!