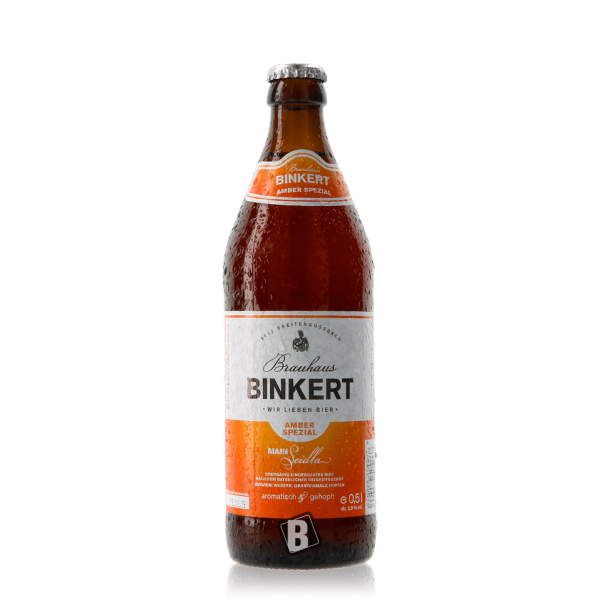 Description
Description
Buy Mainseidla Amber Special Beer Until the middle of the 19th century, most beers were... more
Close menu

Until the middle of the 19th century, most beers were brewed according to top-fermented brewing methods. With the introduction of yeast breeding and the bottom-fermented Pilsner brewing method, the top-fermented beers were replaced more and more. To this day, Weissbier, Kölsch and Alt beer have been brewed in Germany. In England, top fermentation was maintained in the form of ales and stouts. In recent years, the development of numerous new small breweries in America has led to a counter-trend to the uniform taste of large breweries.

In Germany and Bavaria, too, new taste creations are currently developing. Our naturally cloudy Amber special is the Franconian answer to this trend. We use also for this exclusively native hops from the Franconian cultivation areas.

The special feature is that the hops are not only used in the brewing process, but also for fermentation and storage. The so-called cold hopping or "hop hopping" in combination with the amber-coloured malty character and the aromatic top-fermented fermentation thus result in an interplay of very special aromas. In order to be able to experience this impression intensively, a cup-shaped glass is recommended, which bundles the aromas: the Main Seidla Amber. Clearly something for the connoisseur.

The original wort content is 13.8%. The alcohol content should be stored standing at 5.9 % vol bottle. Do not shake the yeast but pour it in as bright as possible for full enjoyment.