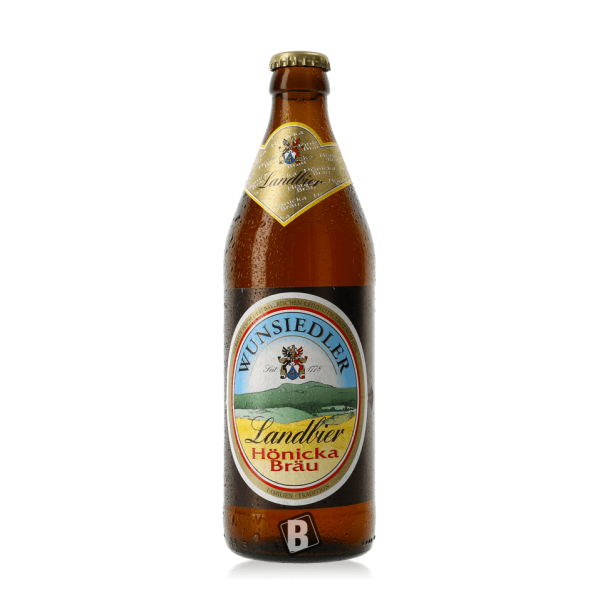 Normally, Hönicka Bräu fills its beers in bottles with screw caps, but for the Landbier, the Euro bottle was chosen. We don't know why, but our statement is clear: even with a screw cap, the taste would be the same! The Hönicka Landbier makes a super impression already after pouring. Golden yellow, clearly filtered and with a snow-white flower, it stands stately in the glass and immediately makes the type of closure seem secondary. The smell shows strong notes of grain, which may be due to the Braugestern malt originating from the Fichtelgebirge region. Pronounced citrus notes can be found in every part and sometimes a small but subtle honey note asserts itself, giving the beer that certain something. There is only one thing left to say: Cheers!