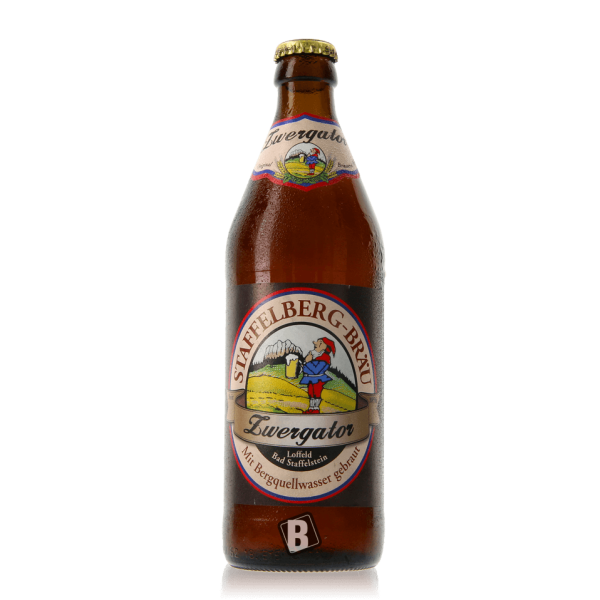 The pale doppelbock from Staffelberg Bräu called Zwergator. Like all Staffelberg Bräu beers, the Zwergator is brewed with fresh mountain spring water. In the glass, the Doppelbock has an old golden color and a coarse-pored head. In the nose, you can already tell which direction it is going. On the palate, the combined spicy and malty sweetness is clearly in the foreground. The alcohol content of 8%, typical for a Doppelbock, is only slightly noticeable. The Zwergator finishes with a fine, slightly fruity hop aroma, accompanied by a slight residual sweetness. A true beer experience that everyone must have tried! It is not without reason that the Zwergator from Staffelbergbräu has already won several awards.