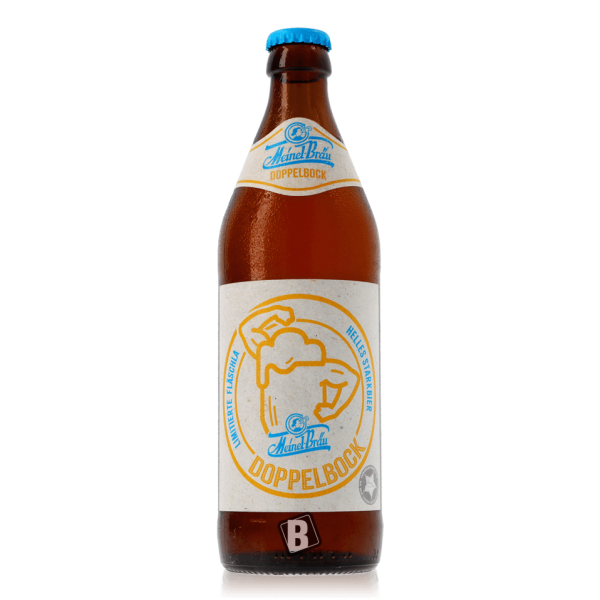 A strong Doppelbock, as can be easily seen on the label. Two muscular arms protrude from a beer glass crowned with a large flower, giving the viewer a pretty clear picture of the contents. It's a stout. Still, the colors on the label are cheerfully chosen. Likewise, the beer color itself, a beautiful golden yellow, makes one think rather of summer. The smell that rises towards the nose when you pour the beer is also sweet, smelling of honey and caramel. The light special malts definitely give the Meinel Doppelbock a character all its own and dominate the flavor picture. Towards the end, the malt aromas are joined by a slight Hoppfen bitterness, which rounds off the drinking pleasure perfectly. With the Doppelbock, Meinel Bräu has once again succeeded in making us reminisce about the beautiful moments of summer, but already look forward to the fall and winter season.